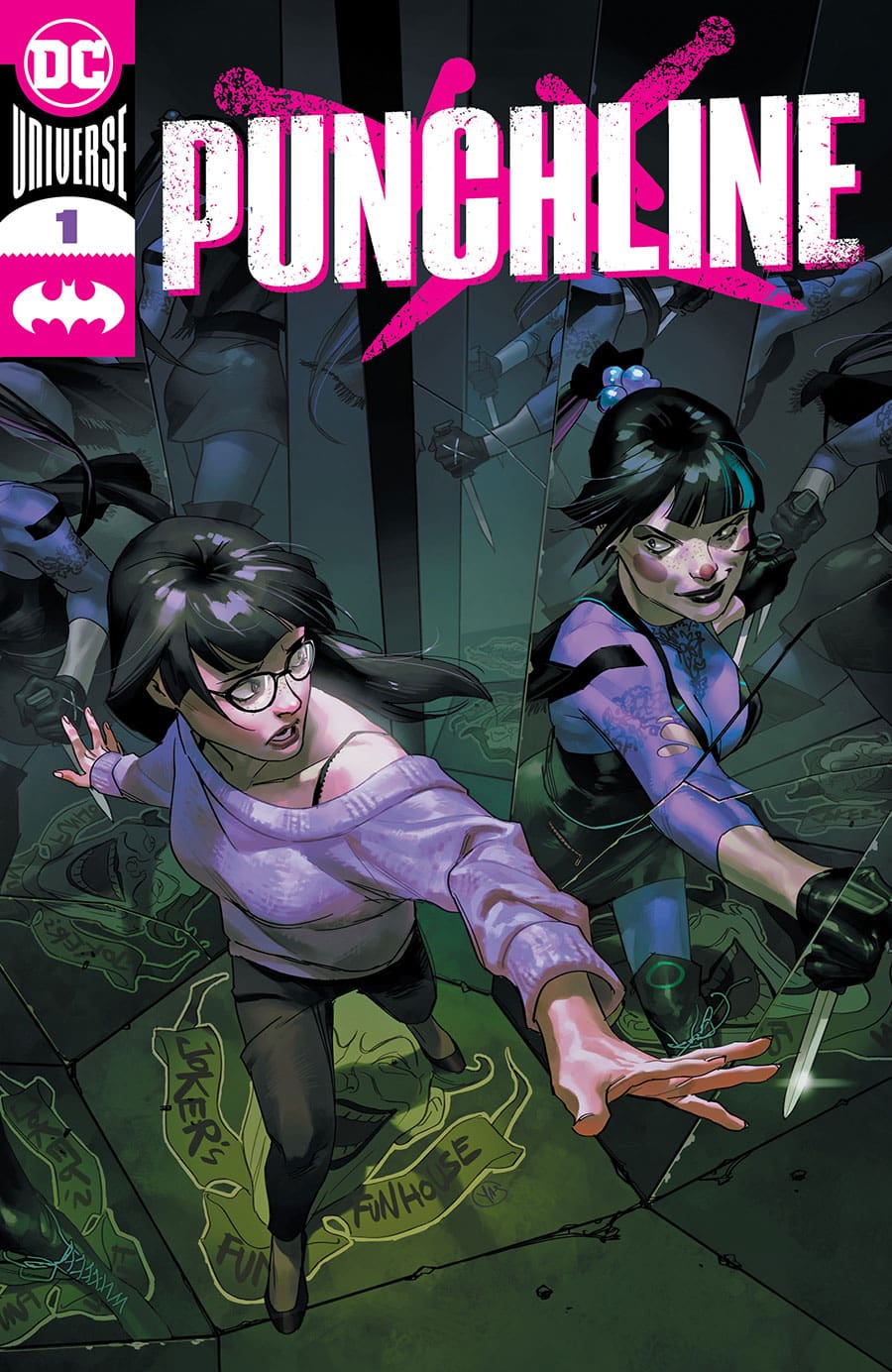 For a change I thought I’d swap the film news (which at this point all but ceases to exist) in favour of talking about what this site was built on – comic books. In particular one character who has really stood out to me these past few months. And her name is Punchline. 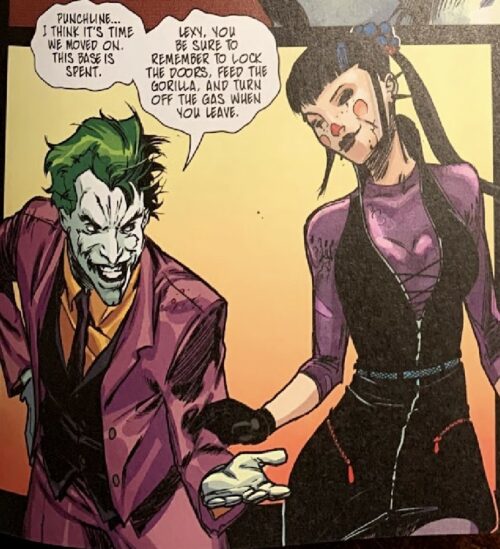 First appearing in Year of the Villain: Hell Arisen #3, her origin was then explored in a story within the Joker 80th annual special as a crazed college kid with an obsession for the clown prince of crime it’s Batman #92 through #100 (the Joker War arc) where we really get a feel for how sadistic this girl can be.

Now without spoilers for those of you who perhaps aren’t caught up with the current Batman run there’s several standout performances, you could say from Punchline, ranging from multiple encounters with Harley Quinn to run ins with Batman himself, all of which are beautifully illustrated by the exceptionally talented Jorge Jimenez (with fill in art in issues also provided by Guillem March), with amazing stories penned by James Tynion IV.

Having only jumped on Batman at #92 (which there is a particularly beautiful variant cover of Punchline provided by the every brilliant Stanley ‘Artgerm’ Lau) I instantly fell in love with the character.  She’s more wild and unpredictable than Harley ever was which is saying something, not so much obsessed with the Joker as a person but more his fundamentals and ideologies of a world gone mad.

Also I feel its worth pointing out that there’s no need for alarm with my fascination for fictional serial killers and mass murderers, for those of you who know me you’ll know I’m absolutely sane…

There are several tie in stories to the Joker War arc as well that spread across the standalone Harley Quinn series (including a fantastic variant cover by Natali Sanders on Harley Quinn #75) plus a few issues of Nightwing, Red Hood, Detective Comics and Batgirl as well.

And topping all of that off is the recent one shot that dropped earlier this month is also sensational, again without spoilers its a must read for fans of current Batman run and character, again penned by Tynion IV and with a great looking cover and interior art by Mirka Andolfo.

I’m very much looking forward to seeing more of this sensational character come the new year and where they take her, but for now for those of you who still haven’t got yourselves acquainted, I suggest you get on it.