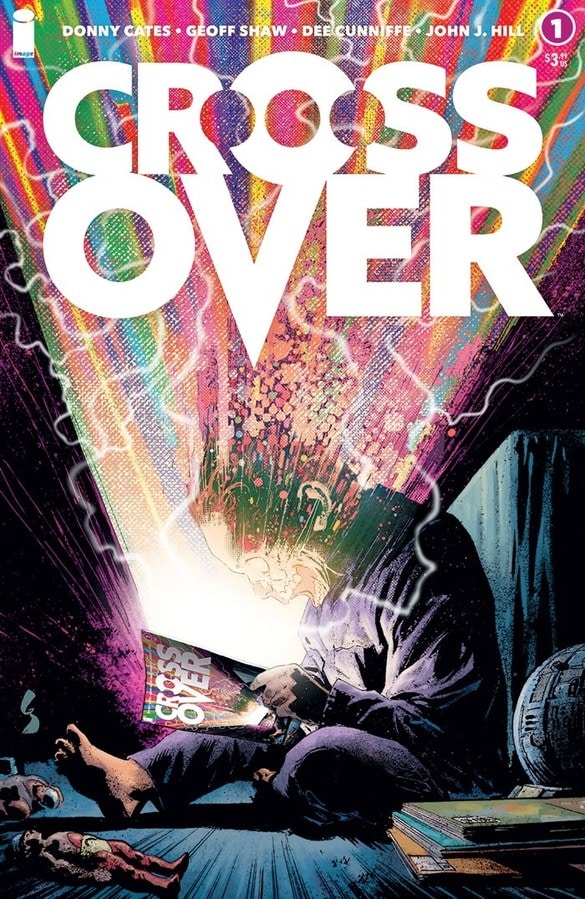 At Coffee & Heroes, we like to push community above all else.  It’s what we strive for in store on a daily basis, with endless comic book and pop culture discussions where everyone’s opinions are welcome.

With the website, we like to try and continue that ethos, and regularly welcome content from in store regulars and contributors.  We were fortunate enough to receive an advance copy of CROSSOVER, Donny Cates latest creator owned title, and sure to be one of the biggest comics of the year.

And Paddy was someone who was very excited to read it.  So continue on for his spoiler free take on why you should be adding CROSSOVER #1 to your pull list asap!

CROSSOVER is the latest title from the massively unknown/upcoming writer Donny Cates.. Joking, we all know who Donny Cates is.

There probably isn’t a writer on as much as a hot streak as Cates is now. His work on Thor & Venom is outstanding, and with that, the bar was set pretty high for his new original story CROSSOVER.  In Issue 1, not only does he reach that bar, he flies right over it with consummate ease.

It can be hard sometimes in the comics industry to really get people excited about an upcoming book, because trying sum up or review CROSSOVER without any sort of spoilers is difficult.

We have all read a comic at one point in our lives and thought “Can you imagine if this happened in the real world?”. Well that folks, at its base level, is the premise of CROSSOVER.

The story looks set to follow Ellie, an employee of one of the last standing comic shops in the U.S…. And that’s about all I can give you without any other spoilers.

I’ll be honest, and I know I will upset a lot of people with this, but when I’m reading a comic, I don’t overly pay attention to the art (ducks from objects getting thrown). I’m more about the story & the characters, but the art in this really stood out. The art by Geoff Shaw and colours by Dee Cunniffe don’t so much jump of the page, but blend in perfectly with the story.

There is one panel in particular that stands out for me. A genuine moment when I forgot everything else on the page and focused completely on that drawing.

Where the story goes from the end of issue one, I have no idea. The groundwork is laid for a fantastic story with outstanding, interesting characters.  Alan and I have our theories about what’s going to happen and come 4th November you will to.

My only regret about issue 1 is now waiting until early December until issue 2.

Following on from the Coffee & Heroes mantra to follow creators rather than characters, the last two pages of the book are future titles that Cates has launching next year. The first is WEREWORLD which has an awesome teaser image… 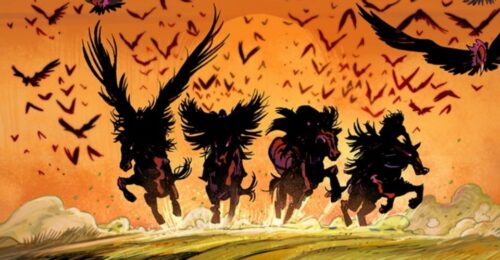 and second is the mysterious FLOOD… 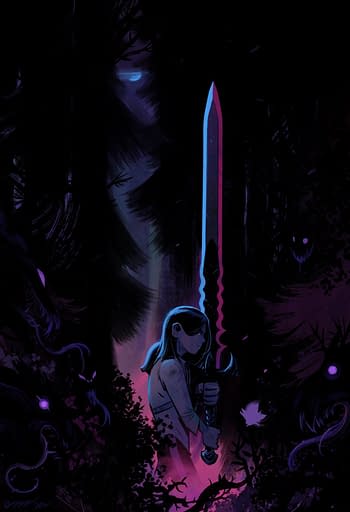 With VENOM, THE KING IN BLACK, THOR, CROSSOVER, FLOOD, WEREWORLD and who knows what else he is working on, 2021 is going to be the year of Donny Cates.