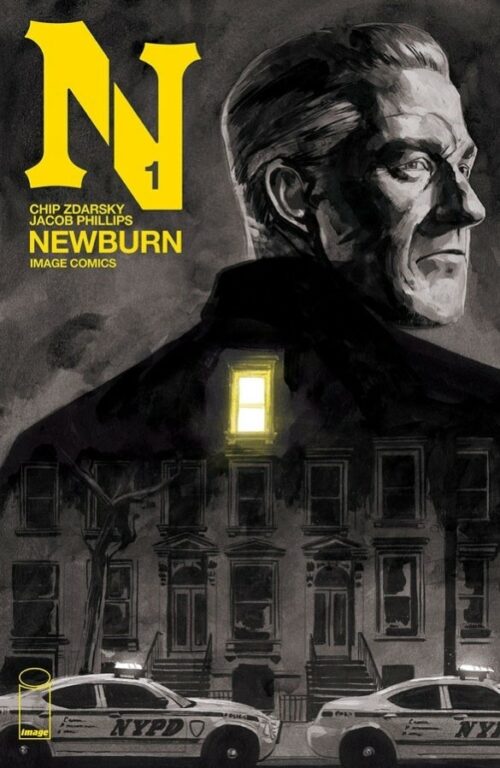 Another case of following creators leads to another quality title.  We talk enough about Chip and Jacob at this point for you to recognise their names, though this is the first time they have worked together.  And they have kicked off with another strong title.

Newburn follows Easton Newburn, a retired cop. He now works as an investigator and problem solver for all of New York’s organized crime families while using their information to hand low-hanging fruit over to the NYPD.  It’s quite the tightrope for any character to walk, but it comes across as second nature to Easton.

In the first issue, Carmine Albano has been murdered in his apartment after stealing ten kilograms of cocaine from his own family. The evidence doesn’t clearly indicate anyone obvious, and a gang war and desperate grab for power may ensue if the murderer is not found. Before that can happen, Newburn is brought in to provide impartial clarity.  He is an investigator in the classic mould.  Sees details other may miss.  Won’t resort to violence quickly but not afraid to indulge when called upon.  He doesn’t have a horse in the game so doesn’t have any personal feelings towards any victims or suspects.

This is a police procedural, played straight and with interesting characters.  As we’d come to expect from the artist and co-creator of That Texas Blood, this is right in Jacob Phillips wheelhouse, and the art fits the store perfectly.

Another great title from Zdarsky as well, and a bit different from his normal work.  Another genre conquered by Chip?  Keep this up for the following issues and it may just be.