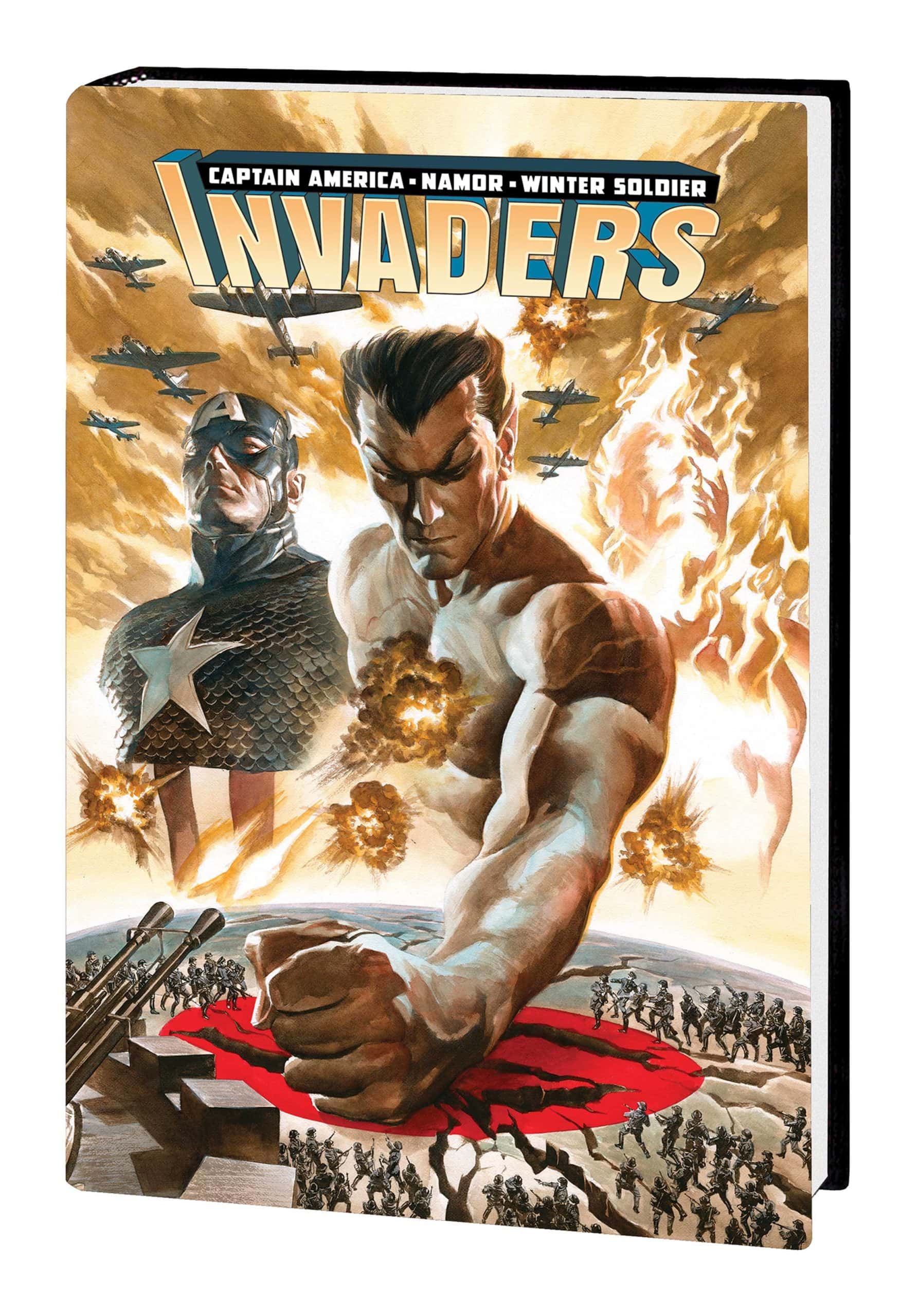 This is a title that was continuously in our picks of the week and honourable mentions.  It coincided with Marvel’s 80th Birthday celebrations, and even though they released an oversized single issue – Marvel #1000 – to mark the occasion, we always though that Invaders was more fitting tribute to Marvels deep and storied history.

It was a title I was brought onto because of Chip Zdarsky.  As always, follow the creator and you will be rewarded.  I have never been a massive Invaders guy so the title wasn’t what tempted me to the series.  But I may just have to check out some Invaders runs from the past….

Namor, the Sub Mariner, the true monarch of Atlantis, has declared war on the surface world, and is determined this time that nothing will get in the way of his mission.  Not even his former brothers in arms, Captain America, The Human Torch and the Winter Soldier.  But how can they stop him when he knows how they think, against someone who knows all their strategies and fighting tactics.

We have the modern-day conflict but also delve into the secret history of Namor and learn more about him.  We learn more about his volatile rage, what drives him and how he never truly left the War they faced all those years ago.

At its heart, this twelve-issue miniseries (collected here along with a one shot Namor: The Best Defense) is about the bonds of brotherhood between Namor and Captain America.  That the events happening in the modern day are a result of something going wrong that needs to be explained.  These were men who fought side by side in World War II, and Captain America always sees the best in people.  He knows that despite Namor’s actions that there is a good man in there.  Cap has always been an idealistic man while Namor is the opposite.

However, they have an abundance of respect for each other, even if they don’t always agree on a course of action.  And Cap is determined to give Namor one last chance to see the error of his ways.

The art duties are shared by Carlos Magno and Butch Guice.  Usually when a series has two alternating artists, alarm bells start ringing.  But they are used cleverly here with each artist tackling a different era.  Butch Guice draws the events of the past, while Carlos Magno handles the action in the present.

This is a fact paced, exciting book but also full of character exploration and development.  An absolute must for any Marvel fan and another home run for our boy Chip.