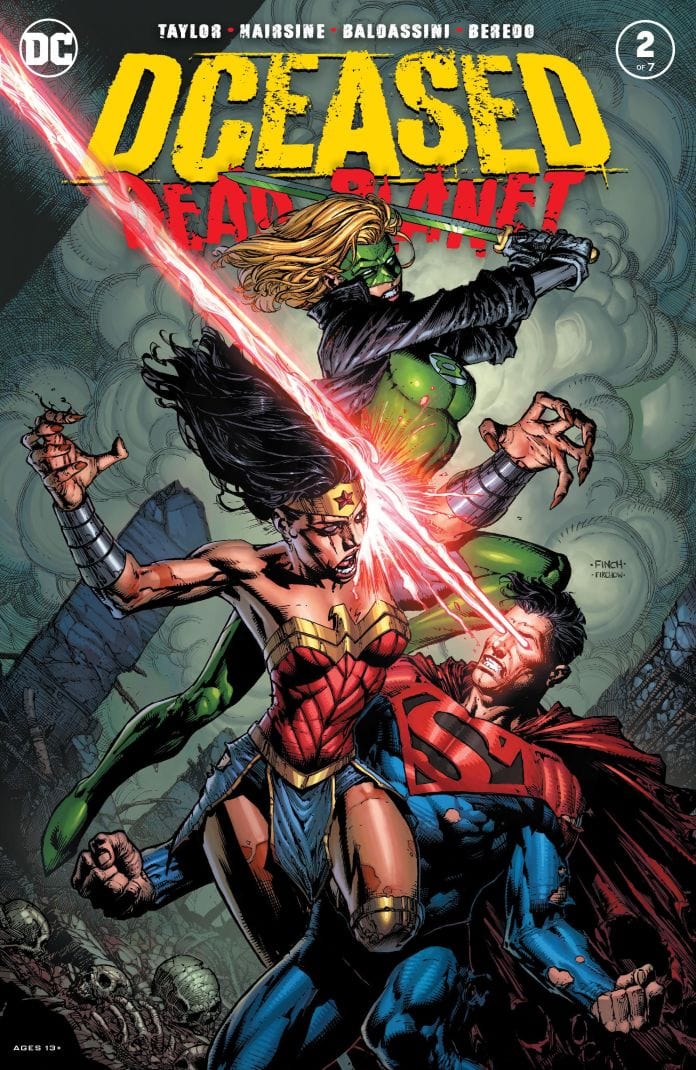 What an issue!  It’s sometimes a negative as a comics retailer, to get your comics early before everyone else can get reading them.  I’d been wanting to talk to everyone about this issue before anyone else managed to get their hands on it!

I sometimes feel like a broken record, routinely gushing over Tom Taylor’s output, but for me, he continues to be one of the most versatile and consistent creators around.  In DCEASED (every issue released so far including Volume 1, Unkillables, and now Dead Planet), he somehow manages to present horrific scenarios, but in a playful tone of voice and with moments of genuine hope.

However, this is horror at its base level, so inevitably these hopeful moments can prove to be fleeting.

Traditionally, in any end of the world scenario, the emergence of a cure is a massively lauded moment.  ‘We’re saved!’, everyone will cry.  But he is even able to twist this idea and instead have the heroes realise how many of their friends they have killed over the years as opposed to finding a way to keep them alive in the hope that they’ll be able to bring them back.  It’s a small but powerful moment in an otherwise frantically paced book, and it humanises our heroes.

There’s a great focus on the Shadowpact in this issue – Constantine, Blue Devil, Zatanna, Detective Chimp, Ragman, Red Hood and Ravager.  Again, Taylor does some of his best work using ‘lesser’ characters.

Their fate in this issue of one of THE standout moments in comics this year.  It must have been so much fun for Trevor Hairsine to draw and he really does bring his A-game here.  As an aside, the art seems to get better with every issue. 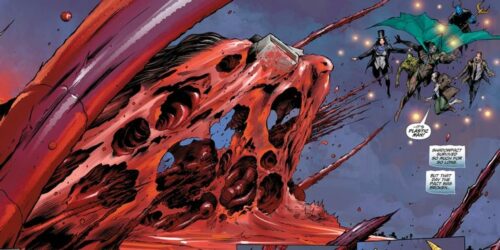 It’s a moment that reminded me of the famous Star Wars line – ‘That’s no moon….’ and it may be the best use if Plastic Man in a modern comic book.

Overall, just an absolutely stellar issue (again) and DCEASED continues to be one of DC’s very best series.

(So please, can the UK release of DCEASED #3 and #4 be sorted as soon as possible, we need it!)